So far I've made two baby blankets for Houston. They were very plain, I didn't want to do anything that would take awhile to work on since I started them really late in my pregnancy.


The first one has a pattern to it, which I didn't plan on in the first place. I just started cutting squares of gingham-printed fabrics in various lighter colors & eventually decided to figure out a pattern with the pieces. Only one of the pictures below can you make out that the fabric was actually gingham. I think I like the backing fabric the most, though; it's a really cute assortment of bears that also have a gingham pattern on them, along with striped patterns and polka-dot patterns. These were the first quilts that I ever quilted together, and I did it on a sewing machine instead of by hand. Also on the sewing machine, I stitched out his first and last name on the bottom and top borders of the first quilt. I entered these quilts in the fair, but didn't get any prizes for them. 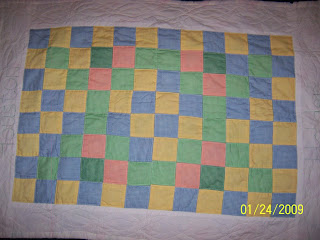 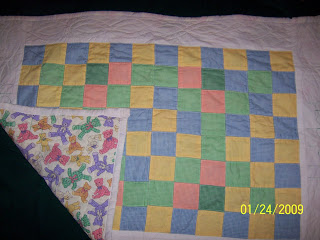 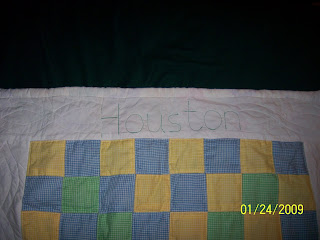 The second one is a little more colorful & bright. It basically has the same patchwork type of theme, but with bears on half the fabric and a plain red color on the other half: 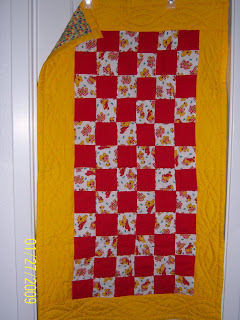 Ashley
I love crafts and quilting, have a sweet son that I adore and love to make stuff for.